Waiving of Admission Fees for the students

Government of Assam in the Secondary Education Department decided that, no provincialized / Government Higher Secondary Schools and Junior Colleges of Assam will take fees including admission fees, tuition fees and any other fees from the students who will take admission in the HS 1st year provided that the income of their parents is below or Rs.1.00 lakh (Rupees one lakh) only per annum from all sources, subject to the following terms and conditions.

1. The Principals will take certificate regarding income of parents as follows :-

2.After the admission procedure is over, the concerned School/ Junior College will give a detailed accounts of the revenue loss to the Director Secondary Education for reimbursement

3. After receipt of the accounts from the School/Junior College, the Director of Secondary Education will compile School/ Junior college-wise compensation and furnish the proposal to the Government for reimbursement. 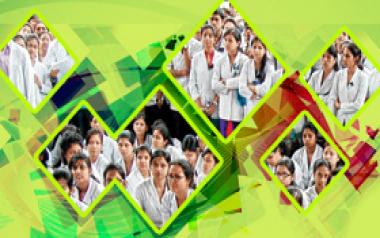